Urban Gospel Sounds Radio Show launched Memorial Day weekend of 2006 on the WFRG.com radio station. Since that time, the show is now broadcasting on several stations across the country and around the world with many, many listeners! Tune in! 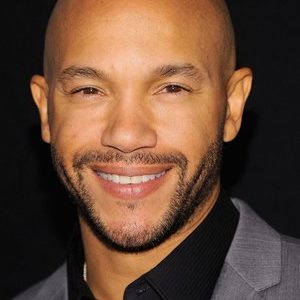 Bishop attended the University of California, Riverside, where he played baseball for the Highlanders from 1991–1992. After college he signed a free agent contract with the Atlanta Braves and played in 20 games for Atlanta’s affiliate in the Pioneer League in 1993. In 1994, he played for the Sioux Falls Canaries and the St. Paul Saints of the Northern League, and in 1995 he played for the High Desert Mavericks, the advanced A ball affiliate for the Baltimore Orioles.

He played Patrick on the television show Imposters, which aired on Bravo. He plays David Paulk in the television show Being Mary Jane. He also appeared on the television series Lost, Girlfriends, and The Game, and in the independent film Americanese. He appeared in the movie The Rundown with The Rock. Bishop also played David Justice in Moneyball, which was released on September 23, 2011. He was in the 2015 movie With This Ring where he played ‘Nate Adamson’ and starred alongside Regina Hall, Jill Scott and Eve (rapper). He appeared in Grey’s Anatomy Season 4 Episode 16 Freedom part 1. In 2017, he played the role of Michael Roland in the psychological thriller ‘Til Death Do Us Part’ alongside Taye Diggs.

On October 19, 2018, it was announced that Bishop had been cast in a recurring role on Criminal Minds as Supervisory Special agent Andrew Mendoza, who will be a love interest for Emily Prentiss.

On November 29, 2017, he and his partner, model Jesiree Dizon, welcomed their first child Charli Kekuʻulani.

Check out our archived video and radio interviews with actor, Stephen Bishop